Whatever you ride, whatever experience you have, we’d love to meet you. Just turn up and you will be welcomed. Founded in 1995  we are a fun-loving, friendly bunch of people. Our Member’s ages range from 20s to 80s. We are involved in many different areas of the motorcycle world. We attend rallies, and run one ourselves. We attend and organize runs, some for charities, and go on holidays together, in the UK and abroad. Most Thursdays and Saturdays  we meet in our disability-friendly Clubhouse. See top of page for opening hours. We love parties and our Club House has a stage for live bands, a disco unit and a fully fitted kitchen. Above is the BOF Family.

Boring Old Fartz hold their own “Whistle with the Wind” Rally.

We offer:
Top Local Bands
Level Site
Flushing Toilets
Hot Showers
Real Ales and Local Ciders
Sadly, no Rally this year, but next year, 2022, will be our Rally’s 20th anniversary, and we will be really pushing the boat out to make it a special occasion. Date to be announced.

Here is a taste of what BOF do.

By a Founder Member, Steve G.
Boring Old Fartz MCC or BOF was founded around 1995
Over the years various Members have carried the Club forward, through good and difficult times. Two Members saved the Club from going under at one point.  For many years we were based at the Road House Club in Stirchley, south Brum, sharing with other users.
For 10 years the BOF organised the annual “Isle of Wight Invasion” camping weekend.
We have our own Rally, the "Whistle with the Wind" Rally, next year will be the 20th rally. This is now an important annual fixture in many Biker’s calendar.
​

​Around 2007 BOF negotiated the acquisition of a fairly derelict, large, wooden shed at Birmingham and Solihull Rugby Club, near Junction 3 of the M42. After considerable work and investment this became our Club House, and was named “Jabba”, as in Jabba the Hut.. Jabba has since undergone several refits, and more investment organised by the BOF C’tee, led by our Chair, Shelley. Jabba is jealously regarded by other MCC Clubs all over the country. It is used as a meeting, social and party venue all year round. Disablity-friendly, it has a stage, dance floor, disco and, while easily accessible, it is in a beautiful countryside location.
Over the years BOF has attended many rallies organised by other Clubs, both in the UK and abroad. We have won many trophies for “Best Attendance” and other achievements.
Below, The Boring Old Fartz committee. 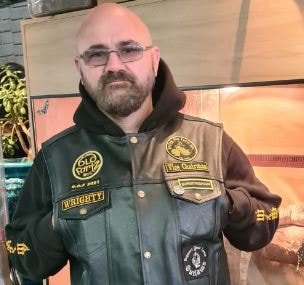 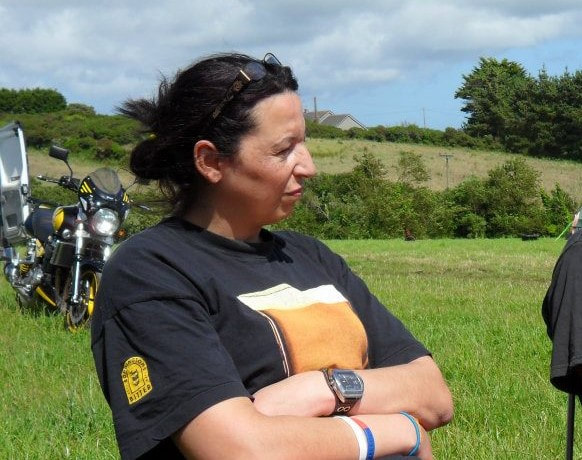 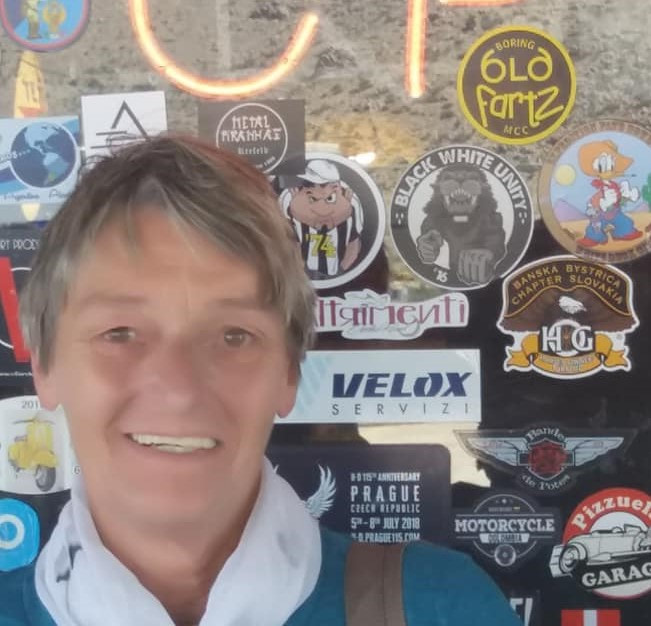 Here are all the trophies our Club have won at various events. 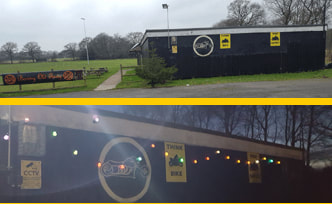